Until 6 years ago, when I moved to northeastern New Mexico, I lived my whole life as a member of the majority, privileged some might say. I am white, grew up in a fairly upper class family, went to private school 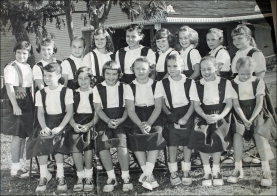 and college, was introduced to Houston society [twice..yikes!], was married to a doctor for several years etc., etc.

I had a lot of challenges and hard times on my life journey but still, I was always a part of the majority. I didn’t go to school with people from other races or cultures and in the places where I lived in Texas, people from other cultures, with a very few exceptions, were either nonexistent or they were the workers.

I remember feeling really irritated when I made a phone call and it was “press one for English, two for Spanish” Why did they have to have Spanish as a choice I thought. Can’t they just speak English!? [the viewpoint of some politicians which is born out of ignorance]

Spanish is the loving tongue
Soft as music, light as spring

-Bob Dylan from Spanish is the Loving Tongue

And then I moved to a very rural, relatively poor, Hispanic community in the mountains of northeastern New Mexico. I moved to this community because from the moment I first drove down the red dirt road, I knew I was home. There was a tiny adobe church and I thought it was familiar.

In those first few months I lived here, I often met with an Hispanic Elder from the area and he told me things that he felt I needed to know. He told me that everything that I had experienced in my life, had brought me to this place and he told me that these people spoke the language of the heart. He said if I couldn’t learn to speak that way, then I wouldn’t be able to stay. He told me that the people were holy because they were whole-they lived close to their land, close to Earth, asking little, giving much.

All of this was the absolute opposite from the way I had been brought up. To say the least, no one in that world had spoken the language of the heart except maybe one woman who had taken care of my brother and me when our mother was dying and a few of the maids who worked for my stepmother. I don’t think the people I was raised with would have known what “the language of the heart” meant and certainly wouldn’t have wanted to speak it.

As time moved on, I met more people from the community and surrounding communities. I love hearing Spanish spoken—it’s a beautiful language and the primary language of the community. Like many Native People, many of these Hispanic people had been forced to learn English as children and except for the very old ones, they all spoke English but preferred to speak their own language and keep the traditions of their culture.

Amazing I thought, that these people, who would be considered “primitive and uneducated” by many from the other world , were skilled in so many ways [ many are artists or craftsmen] and were able to speak two languages …The people in the world I had come from, were mainly skilled at making money and wearing the right clothes.

I often drive over to Taos which is truly multi cultural, mainly made up of the Taos Pueblo people, the Hispanics and the Anglos.

At times the public is allowed to go to some of the ceremonies at Taos Pueblo-ceremonies that are ancient, mystical and beautiful.

For me, it’s beyond wonderful to go into restaurants and see these very different cultures represented, to be able to visit Taos Pueblo…. 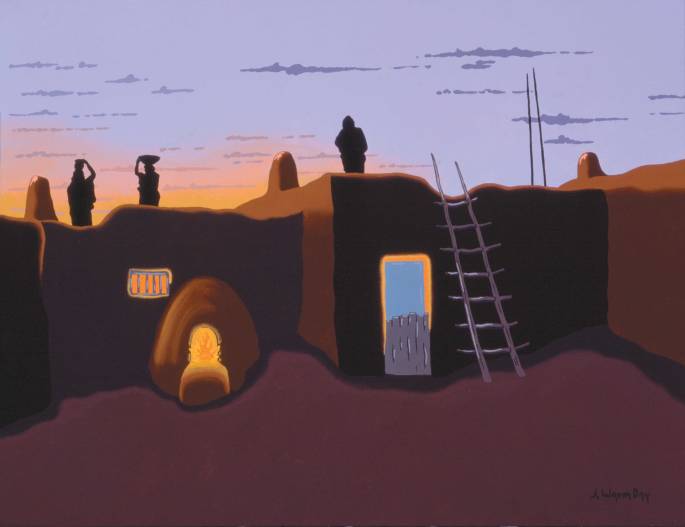 and to become friends with people from all three cultures. 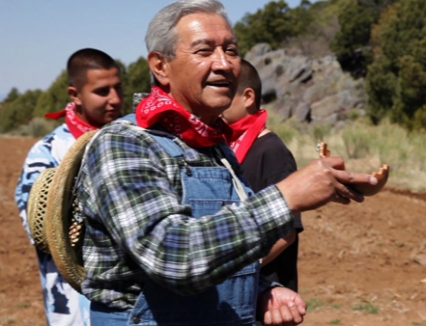 I don’t know many places where this is possible. I know also, that I  would never again be able to live in a place where there was only one race of people represented And I could never be interested in being a member of the majority. I think really and truly, I never was….interested.

So everywhere now, since the attacks in Paris, I hear the word ‘solidarity’ and I wonder what it really means to the people who are talking about it. Are they ready to participate in the bombing, does it mean they’re joining in with all the hatred or is it just a word which allows them to feel they’re doing the right and popular thing without really doing anything?

I know now what it means to me…a few months ago I saw solidarity in action:

A man and his three sons owned some property in the community though they weren’t living here full time. They had trampled on a lot of people and actually tried to destroy one person in particular. They had caused a whole lot of suffering and everyone wanted them to leave.

Then one morning, the sons went hunting and one of them didn’t return. He had a serious medical condition and needed medication. Several hours passed and still, he didn’t return. One by one everyone in the community who was able, began to look for the missing man. It was cold and the country is rough but they walked. Some walked all night.

The next morning they were joined by more people, people on horseback, Search and Rescue, National guard helicopters. A huge number of people gathered and walked and rode horses and four wheelers and they made sacrifices in order to do so…

The man who had taken the brunt of the father and sons’ cruelty – they had wanted to destroy him and nearly been successful a few times-joined in. He had felt hatred  toward them and hadn’t wanted to help but he prayed for the lost one and then he walked.He walked probably 8 hours looking for someone who had threatened him,  pulled a gun on him and much worse.

When he came down from the mountain, the son had been found-scratched and disoriented but alive. His father with tears running down his face, apologized to this man he had hurt, hugging him and telling him how sorry he was and how thankful. He would do anything now that he could to help this man-his enemy.

Hate dissolved. Everyone could feel it dissolving and felt thankful. No one was resentful of the hours they had spent looking.

There’s so much more I could say about living in this way, in this community: about the respect that is given always, to the elders, about people who have always lived off the land and continue to do so, about people who generally lack the popular obsession with materialism.

but instead, I’ll put up this song from Willy Nelson that I heard last night.

*All paintings including the painting of the church are by TAOS PUEBLO ARTIST, JONATHAN WARM DAY COMING. Please visit his website