“Every addiction arises from an unconscious refusal to face and move through your own pain. Every addiction starts with pain and ends with pain. Whatever the substance you are addicted to – alcohol, food, legal or illegal drugs, or a person – you are using something or somebody to cover up your pain.”

Yesterday, with my friend Atocha Maestas Torres, I did a presentation at Sangre de Cristo House, a residential treatment center  “working with women to transition from correctional facilities back into the community.”

in the little village

The presentations that I do usually include showing one of our documentaries, talking just a little and then doing a memorial making project. I bring all sorts of colored pencils, markers, paper, glitter, stickers etc and I play peaceful and calming music like this song from Cody Little Hawk Swimmer.

and then anyone who wants to [usually everyone]

makes some sort of memorial to a parent or grandparent or other relative who has died. Sometimes for a child or a spouse..sometimes a pet. 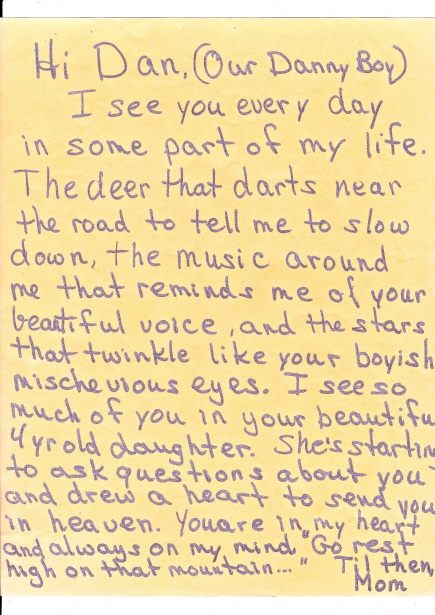 Yesterday was somewhat of a different experience for me however, because though I understand alcohol addiction [I have experienced it personally] and I know something about prison and jail from living with a man who spent several years in prison..and also from the research I’ve done for our documentary on the prison system, I don’t really understand drug addiction.

The women at Sangre de Cristo are young-between 18 and 25 years old and many, maybe all are substance abusers–meth, heroin, cocaine.

So I showed them our documentary, Angels Watch Over Me on a young couple and their baby…living with AIDS. 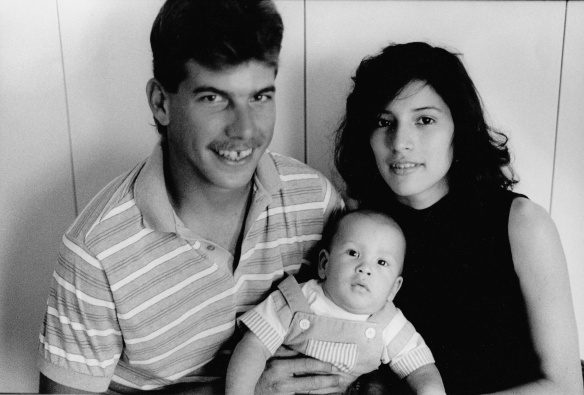 I showed it not so much for the AIDS message but for the message it brings forth about courage in the face of seemingly insurmountable obstacles, about the resilience of the human spirit.

The women were able to relate and pay attention for a while and then I saw that some became very restless.

Atocha talked a little about her work.

She is a traditional healer, an herbalista in the northern New Mexico tradition and, as it is in this part on New Mexico where people do many different things, she was once a corrections officer for 6 years and was married at one time, to a man who spent several years in prison.  So there were many ways that the women could relate to her but they seemed most interested in her work as a healer.

I decided then, that when we go back next month, we will do the memorial making project because art can take you away from your thoughts and into your heart and soul…and Atocha can talk more about her work as an herbalista..back to nature, to what is really healing.

Climbing Out of the Hole

I got married when I was 20, I was following my parents’ hopes and dreams, not mine [I didn’t have any] and I married a medical student.

I knew it was wrong from the beginning but I felt there was nothing out there for me: I had no talents, no purpose in life, I had quit college and had no degree.  And my brother had very recently killed himself. Getting married seemed a way of escaping the pain. I didn’t understand then that that you can never escape the pain, that you have to confront it and deal with or it will appear over and over in one form or another.

Things were never really OK in the marriage except when I was pregnant with my son because I thought I had a purpose [to bring a healthy baby into the world] and I didn’t feel lonely then. But after Andy was born and Larry, my husband, was working late at the hospital, I started drinking..out of loneliness, despair and hopelessness.

When I was 27 and Andy was 5, we were living in Houston and Larry was a surgery resident at Hermann Hospital. He was almost always at the hospital and if he did come home, his pager would go off and he would have to go back to the hospital.

I fell more and more into hopelessness and my drinking went out of control. I drank all day long and into the night. I don’t remember a lot about those days other than they were crazy, I was crazy, doing crazy things and  I was sinking fast.

But during that year of OT school, I drank my way through the days and weeks, usually feeling horribly sick when I went to class and when I did some training at TIRR/Texas Institute for Rehabilitation and Research.

And then there came a day when I knew I could not go on; I had to get help. I probably wouldn’t have bothered  but I loved my son so much, he was the only thing that made my life worth living and he had no one else, no one else who would take care of him. 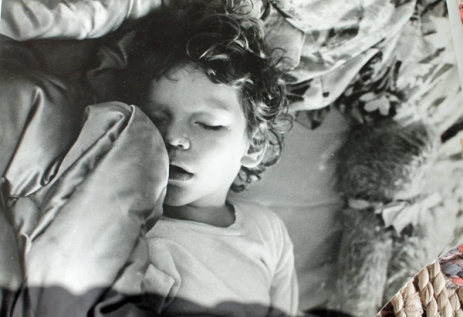 So I made an appointment with a psychologist in Houston, a man who had been a Catholic priest, a man who had no warmth, no compassion. The first thing he told me was that he would not see me unless I ‘worked on’ my marriage.  I couldn’t do that-the marriage wasn’t the problem. I was. I remember too that I used to wear a ring then that had been my mother’s engagement ring. She had died when I was nine and it was the only thing I had of hers. This man asked in a very cold voice if I was married to my father and that was the end. I saw that there would be no understanding, no help there and I gave up. [ I later sent a letter of complaint about this person to whatever organization oversees psychologists …even thinking about him now makes me angry].

But at the 11th Hour, a few minutes before midnight, a miracle happened when my stepsister got me an appointment with John Bradshaw who has been referred to as  “America’s leading personal growth expert.”

And things changed immediately because I knew that John understood and that with him, I would find the help I needed.

One of the first things John said to me was “I want you to go to AA.”  I said I didn’t want to go and he said “Just go for 6 weeks and if you don’t like it, you’ll be right in time for the holidays and you can start drinking again.” I appreciated the humor and I agreed to go. I went for maybe a year but I didn’t like the meetings..they seemed somehow superficial and I didn’t like being a captive audience forced to listen to the same old stories over and over. I told  John that the only time I felt ‘a desire to drink’ was after one of the meetings. “Then don’t go” he said..”They aren’t right for you.”

I didn’t go and I didn’t drink and I got a divorce during that time.My life was changing dramatically as I got involved with Elisabeth Kubler-Ross and her powerful, life changing workshops.

I could finally face the pain, face and come to terms with my mother’s death, my brothers death and all the other losses; I was climbing out of the dark hole I had been living in for so long.

when after 5 years of not drinking, I had a beer. I had a beer because I was afraid that I would never get out of that country alive and what would a beer matter.. but it wasn’t the same. My life was good in so many ways, I was  beginning to move toward my life’s work with death and dying and I had no need to cover up any pain or emptiness with alcohol. I could drink, I could enjoy it as a ritual;  there was no reason or desire to get drunk.

Today, 30 plus years later, I drink wine in the evenings..it’s a ritual..I sit in front of the fire, I  watch a DVD of  Eckhart Tolle or some inspiring movie. I have no desire to escape or cover up anything but rather I work hard at understanding, accepting whatever I’m faced with.

So why did I go beyond my alcohol addiction? Because I faced the pain, because I no longer felt empty, because I found meaning and purpose. I’m not saying it’s easy..it can be a long and slow journey, sometimes with one step forward and 2 steps back… but this is the end of all addictions. At least that’s how I see it.

Yesterday after the presentation, I had a 2 and a half hour drive home. I live far out in the country surrounded by my animals and nature

and I haven’t had to drive on the Interstate for a long time. I was shocked and scared as I was forced to drive 80mph or get run over. Everyone was in a huge hurry and it seemed, would just as soon take the chance of killing themselves or others to get where they were going… FAST.

No wonder  I thought that there’s so much drug and alcohol addiction, dysfunction, despair…so many people have lost touch with who they are and why they’re here and I thought of the women at the Sangre de Cristo House reaching out to Atocha, the herbalist, the healer..reaching beyond the drugs and the pain for something real.

I posted this film clip of John Bradshaw because though I don’t live so much by his teachings anymore, I will be forever grateful to him–he saved my life.