“WHY GET HUNG UP IN THE NEGATIVITY OF THE GLOBAL WORLD?  I DON’T GO THERE EVEN THOUGH IT’S OUT THERE, IT DOESN’T AFFECT ME. IT JUST MOTIVATES ME TO DO MY JOB WHICH IS PRETTY MUCH BUILD TO THE SUN”


I live off the grid but I never intended to…… 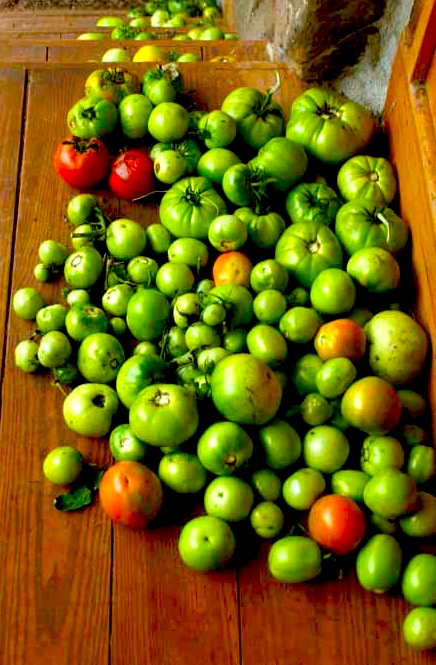 Before I moved/escaped from Texas 7 years ago, I had been looking for a place I could afford in northern New Mexico. My desire to live in New Mexico had begun many years before on a trip my husband [at the time] and I and our young son had taken.. to the Taos Ski Valley. I had noticed on that trip that everyone I saw looked unusually healthy and happy and it still felt like the hippie era..a happy time for me..where I felt I belonged.

So as my property in Texas was for sale, I started looking for a place on line and making trips to Taos, to meet with a realtor but I found nothing that I could afford, nothing that seemed right. Then the time began to grow short as my place in Texas, after years of being on the market, sold… 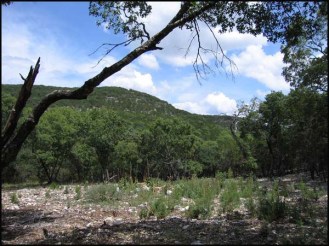 And then seemingly out of nowhere, I found a place online..not listed in MLS..it was almost hidden… 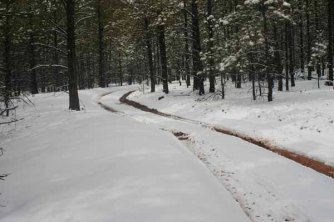 I called a friend in Santa Fe who was a great at making deals [something I am most definitely not good at] and told him I had seen the perfect place..could he help me get it?

“You can’t afford it” he told me  “And anyway, it’s photo voltaic”. I had no idea what photo voltaic meant but I didn’t care either. It was the right place and I knew it from the photos I saw online. 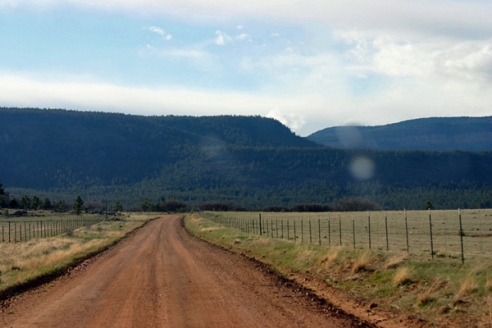 So my friend made the deal, I got the property and I found out what photovoltaic meant.

It was different at first..for one thing I had moved here alone, leaving my family and friends behind in Texas and I knew no one. 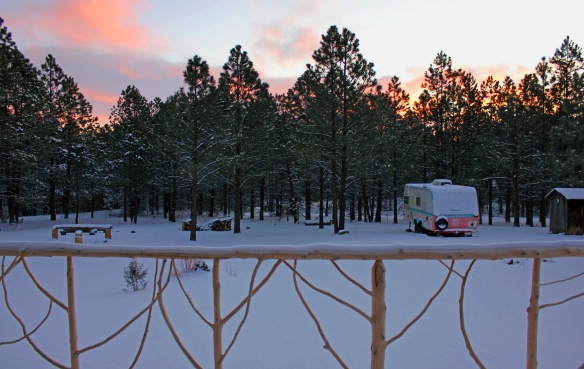 I was living on 31 forested acres in the mountains and Winter came quickly and with it a A LOT of snow.. 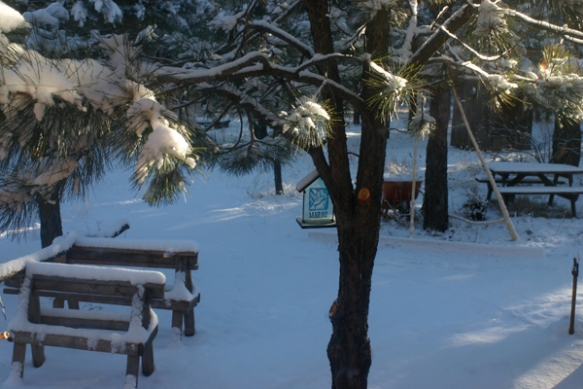 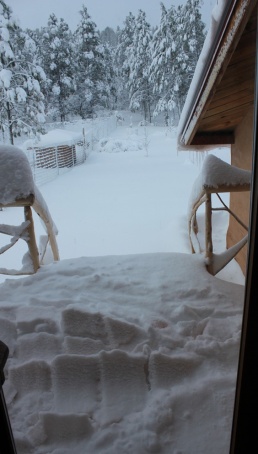 But I learned and I never thought of it as a sacrifice. Someone had said to me before I moved: “You’re going to hate building fires in the wood stove all the time” but I love it. Really there’s nothing better than sitting in front of a blazing fire in the woodstove, on a cold winter evening. 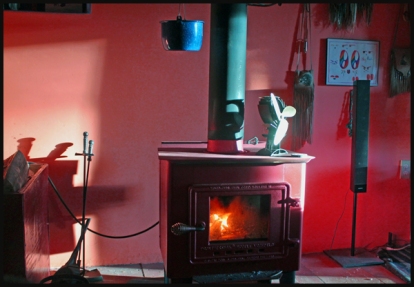 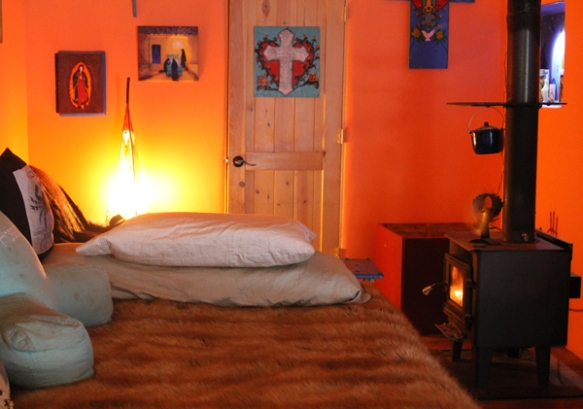 The solar system I inherited was not in the best of shape..there was no meter to tell when the electricity was getting low so it would often go out suddenly and I would have to start the old generator I inherited. In time when I could afford it, I upgraded the system 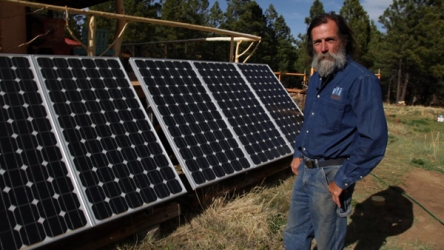 and now it runs the main house 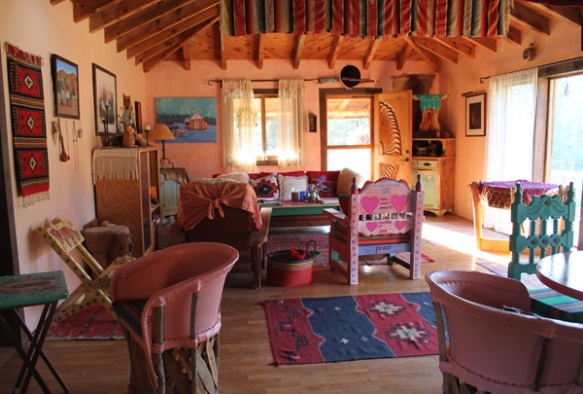 and the hobbit/home theater little house. 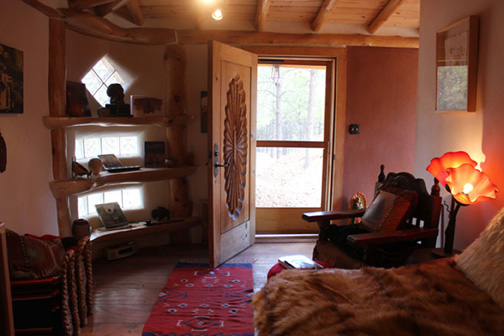 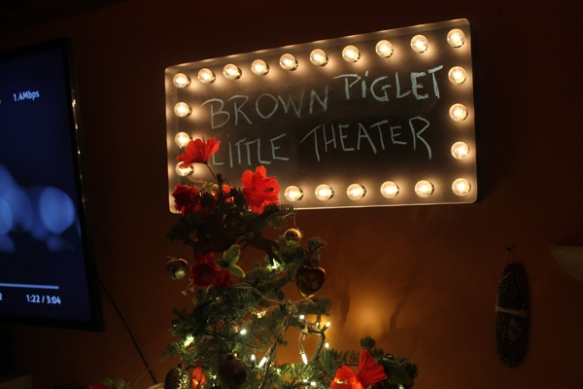 It runs my computer, the dvd players, the lights, the washing machine, the well and the refrigerator.

I don’t have TV but the system could run that also…you just have to watch the meter which I now have, and pay attention to the sun..there’s a reason, I found out, why so many ancient cultures worship the sun.

I have propane for the stove and the on demand hot water heater. There’s a lot of wood- ponderosa pine on the land and it needs to be thinned from time to time for forest fire prevention…so there’s wood for the wood stoves. 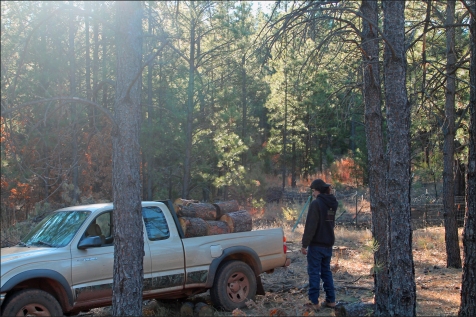 The only utility I pay is propane..in October, I paid $143 which will last me til early summer probably.

So living off the grid is a way of life and a way that more people may come to appreciate as systems fail…and like it or not, they are failing.

“To [be able to] remain on the land, to remain in your traditional cultures without migrating to the industrial complex which we’ve seen for the last 50 years…. That’s the migratory pattern. Everybody moving back to the megalopolises, the cities, 20 million, 30 million, I don’t know. But they’re ridiculous…. people can’t live that way. It creates more poverty, more insanity and more pollution. So here’s an alternative.”

from ON THE LAND~Together with the Earth 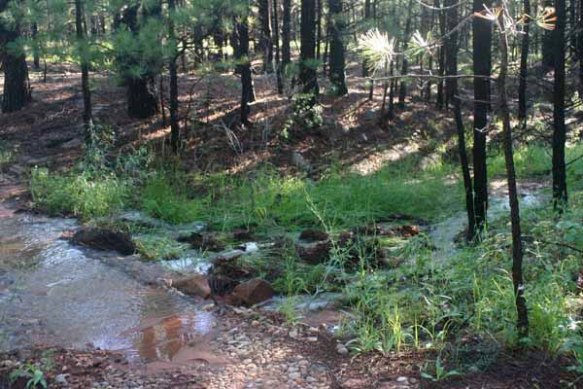 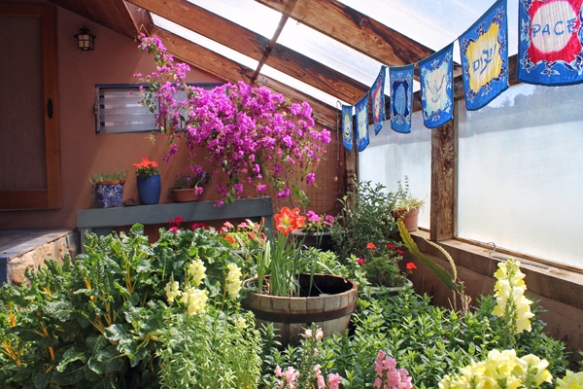 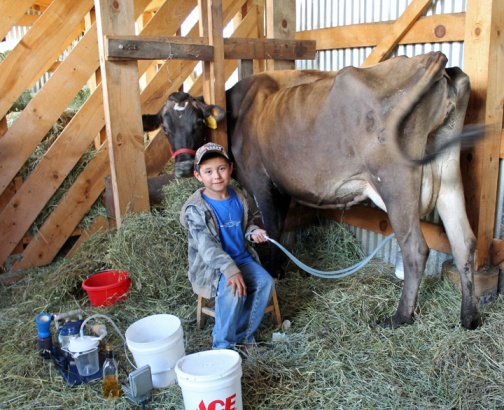 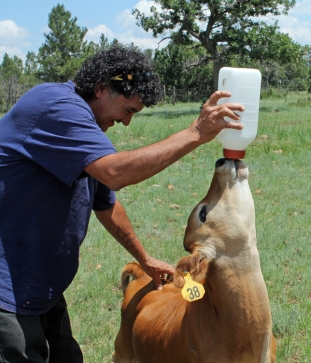 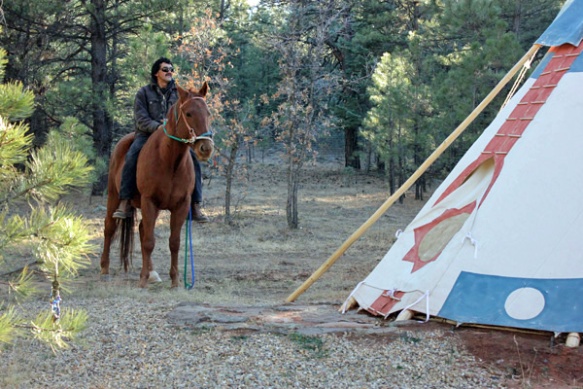 Our documentary, ON THE LAND~Together with the Earth has a lot of helpful information on sustainable living… plus humor, art, music and wisdom! 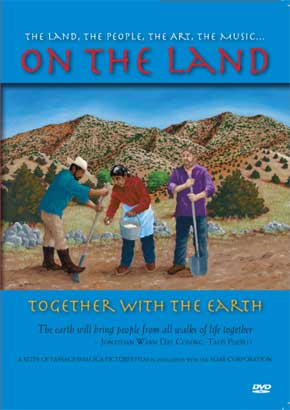