The Elders say the best way you could show honesty or honor the spirit of the Sa-be, is to speak from your heart and listen to your spirit that has given you the inspiration of the words you are to speak. When you are honest with yourself, you are true to the words that you speak. 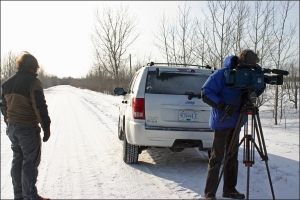 Several years ago, my son and I were filming a documentary in Canada called Manitou Api~Where the Sun Rises.

It’s a powerful film, a Native American version of The Da Vinci Code in a way, but its primary message concerns The Seven Sacred Teachings of the Anishnabe People. 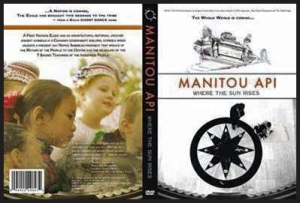 MANITOU API is reminiscent of Dan Brown’s The Lost Symbol, but with a decisive difference:  It is true. Ranging from Canada to Cambridge, this fascinating film deals with life-and-death issues — because if we do not attend to the wisdom herein, we shall likely have no future on Earth, our only home. -Larry Dossey, MD  New York Times Bestselling Author

Each of the Seven Teachings is represented by an animal: LOVE by the Eagle, RESPECT by the Buffalo etc.. *see The Seven Sacred Teachings 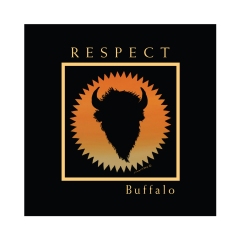 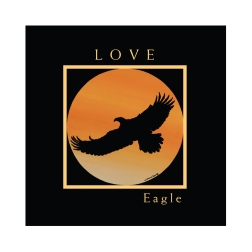 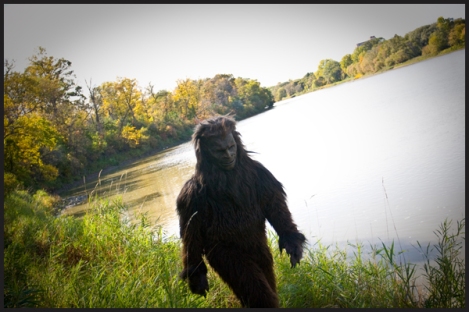 So I went on a quest to find a realistic Bigfoot costume—it isn’t easy…most of them look like gorillas –but eventually I found one in Hollywood.

I rented the very expensive and very realistic costume. The man from whom I rented it told me he would no longer ship to Canada -I would have to take it across the border myself . He had recently sent the costume to Ontario for a Disney movie and the Fish and Game people had captured it. They had kept it for 2 weeks and he had lost a lot of money.

He told me the Bigfoot had a beautiful face..the photos on his website didn’t do him justice…. 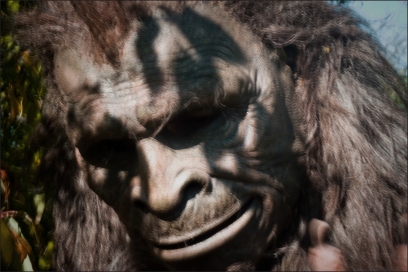 And whatever you do he said, DO NOT MARK ‘FUR’ on the box! 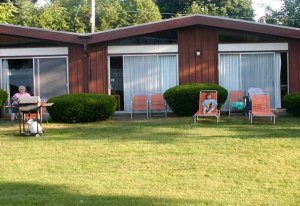 I had already planned to go to Michigan before going to Winnipeg so the costume was sent there…..to Nader’s Lakeshore Motel in Ludington, Michigan.

It came in a huge heavy box but I managed to get it into my room and all was well til 12AM when the box started beeping and woke me up. A bomb in the Bigfoot box I thought and I pulled the box outside as fast as I could.

It was still beeping the next morning and I went through everything in the box but found nothing..the cause of the beeping was never found. 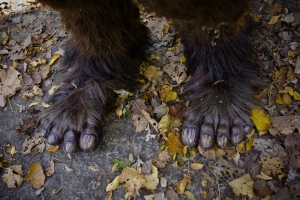 I had to get some bungee cords to more easily transport the box so I went to the Walmart in this small Lake Michigan town.  I  was walking through the store when a woman suddenly held up a video in front of me. Harry and the Hendersons… 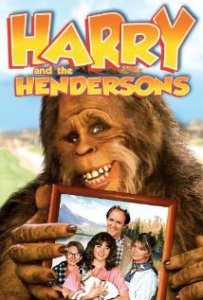 “My favorite movie!” she said. I had never heard of the movie at that point.

I managed to get through Canadian Customs although the Customs agent looked at me very suspiciously. I had a note from Dave Courchene, the Anishnabe Elder I was working with. 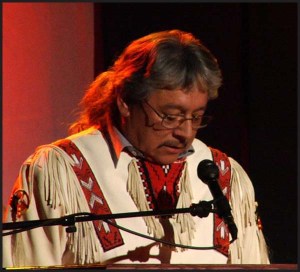 The next challenge was finding someone to wear the costume. This person needed to be close to 7 feet tall, again not easy to find. We did find someone though..not seven feet but close. He was a bouncer at a ‘Gentleman’s Club’ 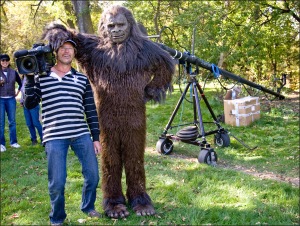 The filming went well..here are some of the stills: 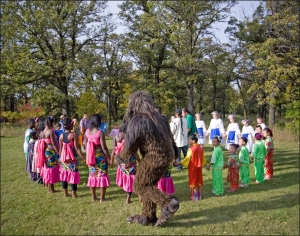 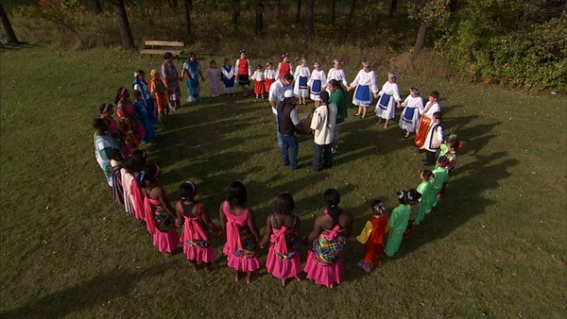 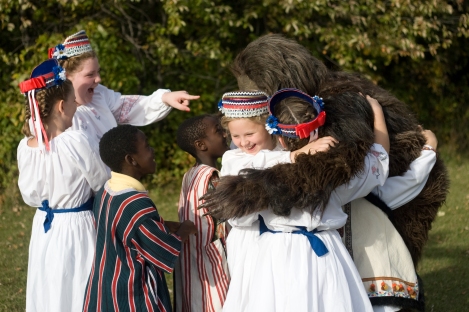 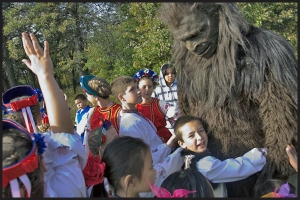 I came to think of this as one of many challenges, a test of faith that brought me greater insight and made me stronger, more prepared for the next adventure….. 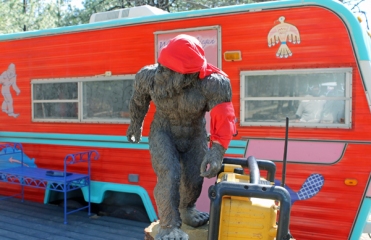